This week was strange having the holiday on a Tuesday. For me it’s much like having two Mondays and let’s face it, no one really likes a Monday. Although, we all make the best of what life dishes out and that is exactly what I did.

After our big hike Saturday I had originally planned on a gym visit Sunday. That is until I woke up and my legs/ankles told me this was not going to happen. So I simply took the entire day off from exercise which is something I never do. Even on my rest days I still find myself doing something active whether that be chasing after kids while playing in the yard, walking to the park or even doing yoga stretches to loosen up. Rest days for me typically are not great, I feel miserable when I stop moving but I know everyone needs a rest day and that is exactly what I did Sunday. All day I rested….I even laid in bed for two hours Sunday afternoon and watched a movie. It has been years since I have seen an entire movie.

Anyhow, here is what a holiday week of exercise turned out to be for me. Clearly, I just could not seem to get it in gear all week long. I would bet we all have these moments and I can only hope next week is a bit better. 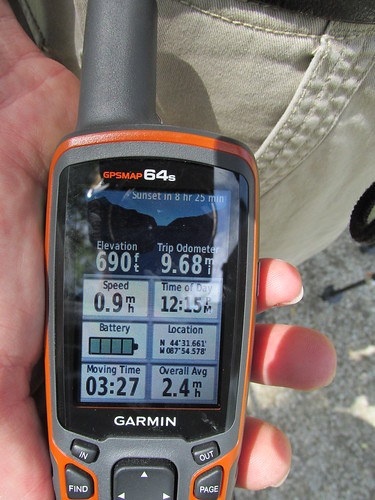 If you missed it read about it here 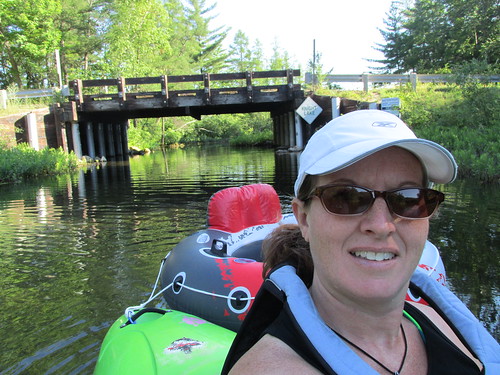 It seems the first half of the week I rested my sore ankles from the long hike Saturday. And then after paddling for five hours Tuesday I needed to rest my shoulders and arms and did not lift many weights. Although, remember, I do lift kids every day, all day for my job so really I was not resting my upper body much. 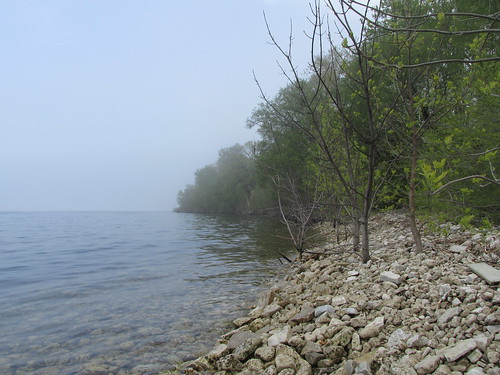 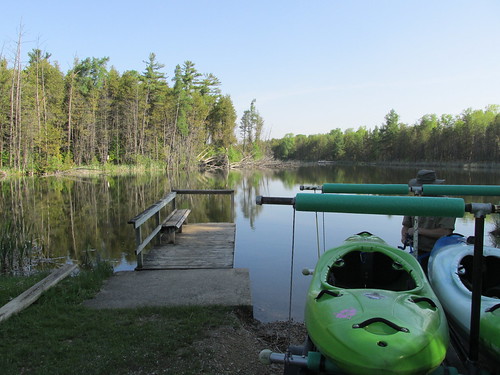 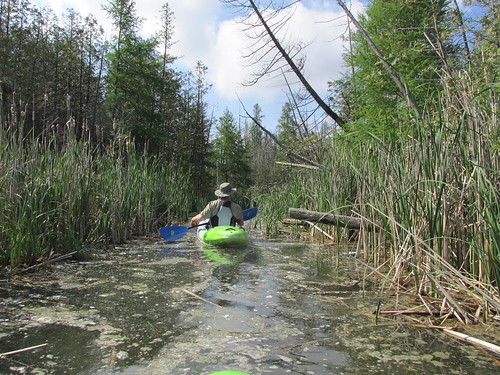 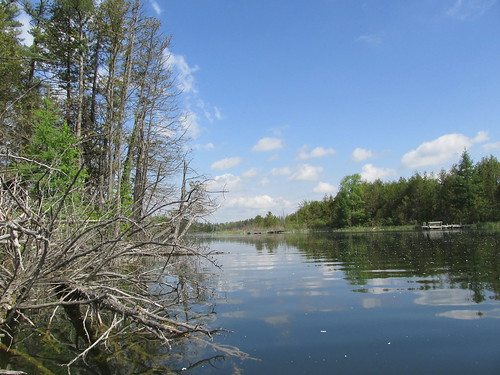 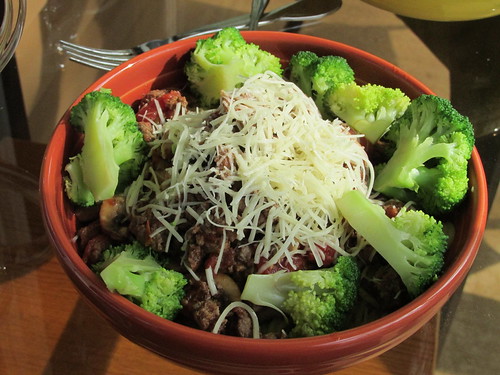 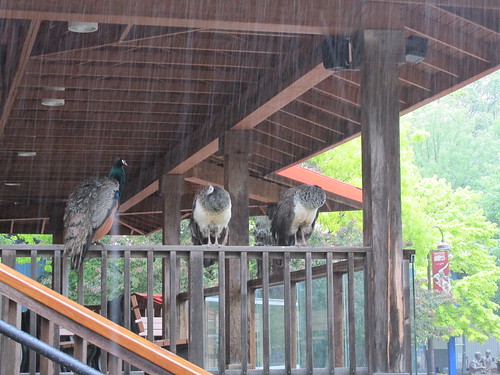 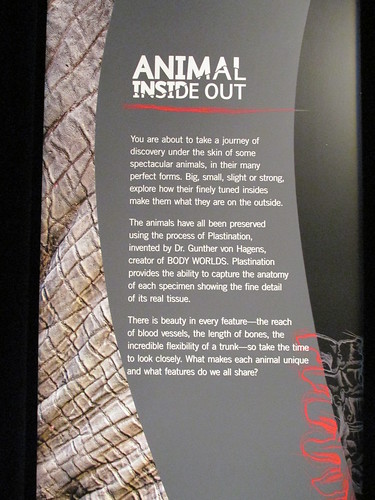 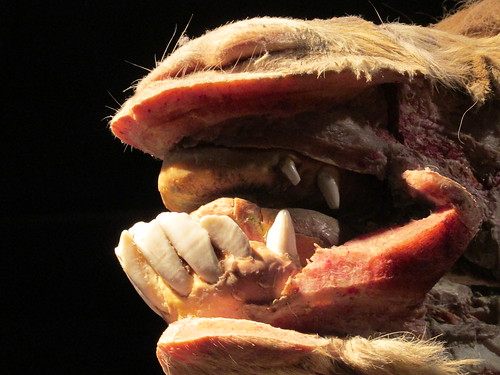 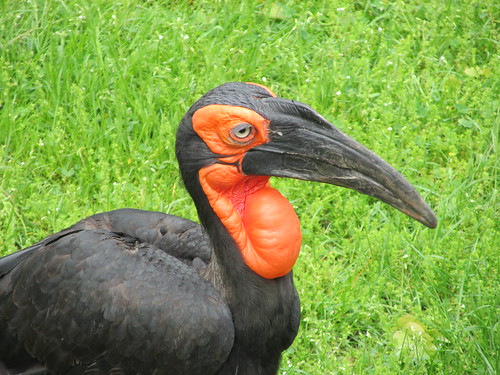 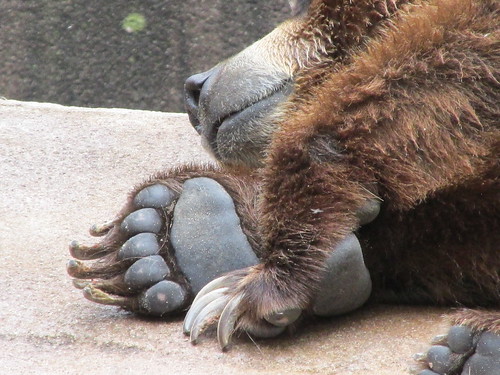 Wow, what a weekend!!! We finally dusted off our paddles from the long winter, had a little fog one morning, rain another morning, and relived a place that we use to take our son every year when he was smaller. We enjoyed dinner outside at our favorite place….the front porch and we all are feeling rejuvenated and ready for a great summer ahead.

Did you do anything fun you care to share….if so feel free to comment?

This week marks the half way point of when all the medical professionals feel my husband will be recovered from his back injury. It’s been three months this week since this all started and after meeting with his neurologist recently, he has gotten the go ahead to start doing some things that he has not done in months.

We have returned to the gym…..yehhhhh! I have gone here and there throughout this ordeal but mostly I have been doing my exercise at home in one way or another. He has been told he can start back on light cardio and VERY LIGHT weights.

He still has not been released to grab that kayak paddle and will not be told to do so until at least spring at the earliest. As depressing as this may be, we are looking at the bright side…..at least he will eventually be able to paddle again. When this first all happened we were not even sure if he would be able to continue driving much less paddle anything.

Regardless of all his progress, he is still to continue his physical therapy and slowly continue to ween himself off his nerve medication that he is taking. He has tried this in the past without much luck, but as of today he is four days and counting on half the full dose and hoping for the best. 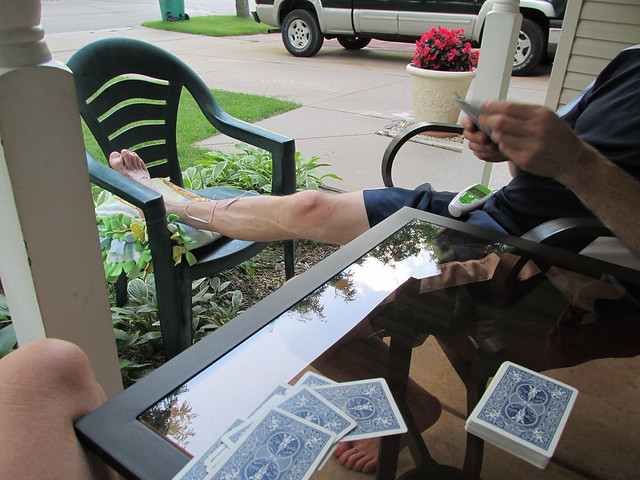 It’s odd to think what we have all done these past three months with such a debilitating injury. At one of his first appointments his physician told him that if walking and hiking is something that he loves to do, go ahead and do it since it’s also one of the best exercises for him to continue doing. Which was great to hear since we had our vacation planned before this all came about and it included hiking. He worked really hard to continue this activity since his foot and leg were what was impacted the most by his back injury. At first we would only walk a mile and he would start to feel pain. 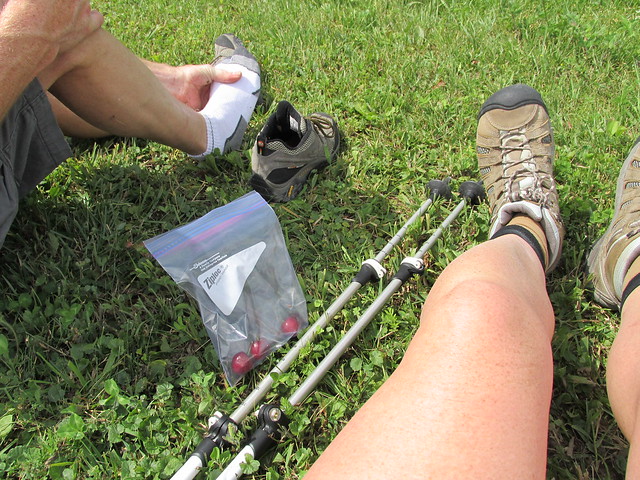 We would then stop, rest, and do some stretches until the pain subsided. Slowly, he worked his way up to more distance but it was not easy. We found all sorts of ways to relieve the pain when it would start, like rolling his foot on a cold water bottle we would carry along with us. 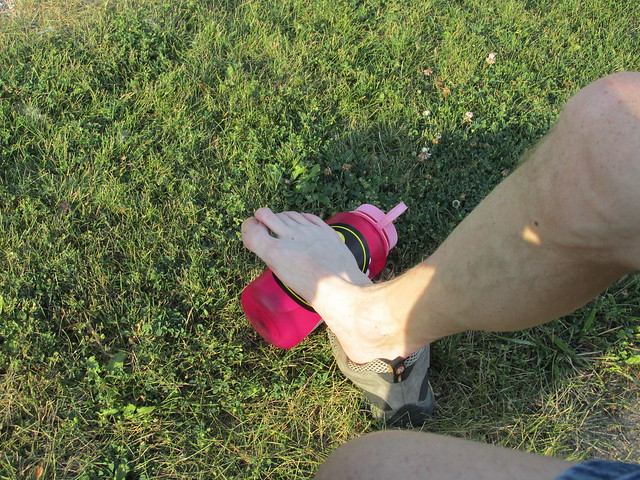 Some of our trails would cross county highways and you could find us, at times, stretching on these highway crossings. We would also carry ice packs and leave them in our vehicle so when we returned from a hike/walk, he could apply the ice to his back and this would help the swelling go down faster which was pressing on the nerve causing the pain in his leg/foot.

Two of the biggest changes we made were, he started using trekking poles and we purchased a Therm-a-Rest Z Lite Sleeping mat.

The trekking poles he used mainly when we went to Utah for help and balance with elevation hiking. He loved them going up into the mountains, stating that they gave him the extra boost he needed with every step. Going back down was a challenge, as normally they absorb some of the impact from your joints and pass that onto the poles. He, however, did not feel they helped him as much going down as they did going up. 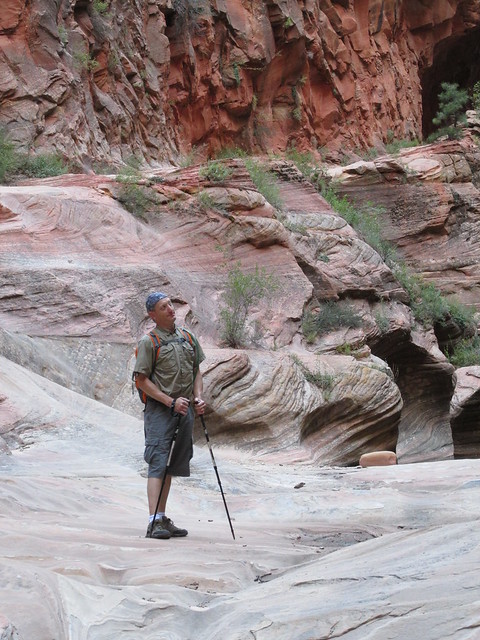 As for purchasing the Therm-a-Rest- Z Lite mat, this was one of the best buys we have made. We found this while we were vacationing in Utah at an outdoor store and I knew immediately we had to have it. There have been many times since this all happened that he gets to a point that he just needs to stop and rest. Not because he is tired….because the pain in his foot/leg is getting to be too much to handle, so we end up sitting right on the trail we happen to be on at the time…..which for us in WI can be almost anywhere. When we were in Utah at least we had rock to rest on and a great view, here we are typically in the woods, knee deep in bugs and critters and such. So having this mat is awesome! We simply strap it to my pack and when we reach the point of needing to rest his foot/leg, I lay it out and we sit and rest. We have also used it to have a snack on and also some stretching…it sure beats the highway concrete. It also beats sitting in the dirt, bugs, and dampness of morning dew to rest. When we are finished, we pick it up, give it a shake and its clean and ready to strap back on my pack for a few more miles. The best part is it’s so light weight that I don’t even feel like I am carrying a mat at all. 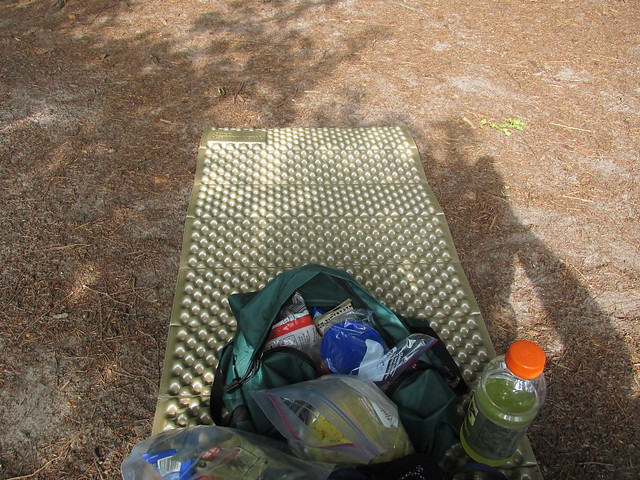 So as we celebrate the half way point of my husband being recovered, I hope by sharing this experience with all of you has only proved my point that moving is always better than sitting. We realize that he could have somewhat of a disability for life, which so far we have learned to live with quite well by making a few changes to our activities. Have we stopped being active……absolutely not!!!! Do we fully expect to be back in our kayaks next Spring…you bet we do…..but things will be different then also. There will be no more single person carrying kayaks, no more single person draining water from overturned kayaks and so on. We plan to do everything in pairs and treat our bodies kindly to some extent. Until that time when we feel the water drip from our paddles and hear the rumble of a rapid around the next corner, I will just be thankful he is still able to enjoy life like we choose to enjoy life and live in the moment….. together. 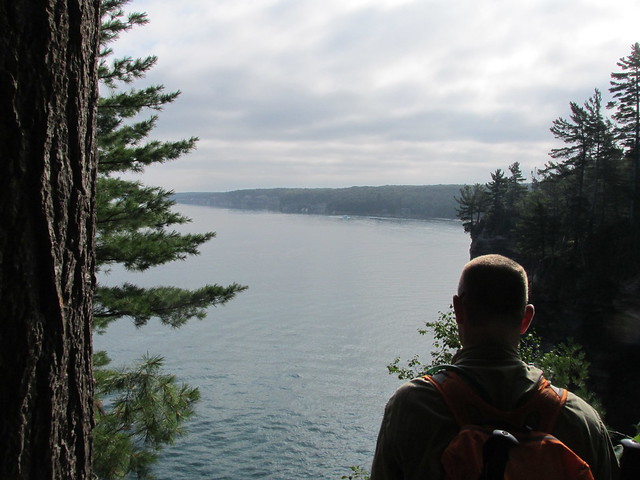 What a spectacular weekend we had. It all started Friday night. We had the great pleasure of being invited to clear out an entire patch of rhubarb from one of my daycare families yard. I was beyond thrilled with this offer from them. Immediately the wheels started turning in my head. The cookbooks were out and I started adding to my grocery list the ingredients needed to make jam and rhubarb bread.

Thankfully, after cutting a ton of stalks, my husband offered to do all the cleaning and chopping so I could get the rest of the grocery shopping done Friday night. I returned home to find it all chopped and packaged in the frig waiting for me to prepare. Although, this would all have to wait until Sunday.

Saturday was our day of play which really turned into a day of pure relaxation. I finally got reunited with my standup paddle board after many, many months of it hanging on the wall. We loaded it up on our new Thule roof rack system we purchased back in March and headed to a new lake we were told to check out from a friend.

Let me just say, I was in HEAVEN! The lake was calm, quiet, and not a weed in sight.

Weeds are always a big fear of mine especially if I fall into a patch of them…ewwww! However, no one fell in this time. I paddled for quite a few hours. My husband fished from one of our recreational kayaks while I simply enjoyed the calm lake. At one point I decided to lay back on the board, take in some sun and actually dozed off awakening to find that I had drifted into the lily pads on the edge of the lake. Now that is relaxed, I guess I needed some down time. Thankfully, I fell asleep with my PFD still on

Sunday brought the day to put all that rhubarb to good use. I made rhubarb sauce for pancake topping or it’s also great on ice cream. I also made rhubarb bread, mini muffins, and jam.

I still have about three gallons of chopped rhubarb to use up  but I ran out of time. After all that cooking it was time to get a gym workout in before the stormy weather hit Sunday night.

I could not have asked for a better weekend. I hope you all enjoyed your as much as I did. 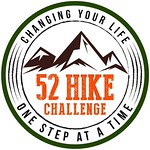