Going into this week I had a pretty solid plan. However, by mid morning Monday that plan had drastically changed in more ways than one. Which ultimately meant it was going to be a wild ride….especially since I was solo this week with the hubby traveling for work. Although, looking back at the week, I still did pretty good in the meal area so it was not a total failure.

Here is what we (my son and I) enjoyed this week: 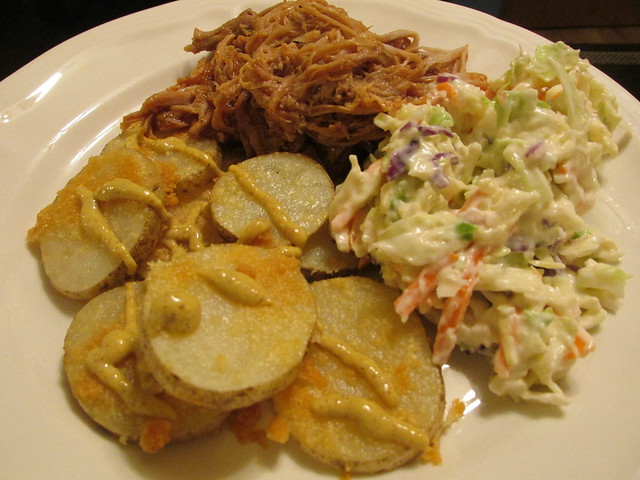 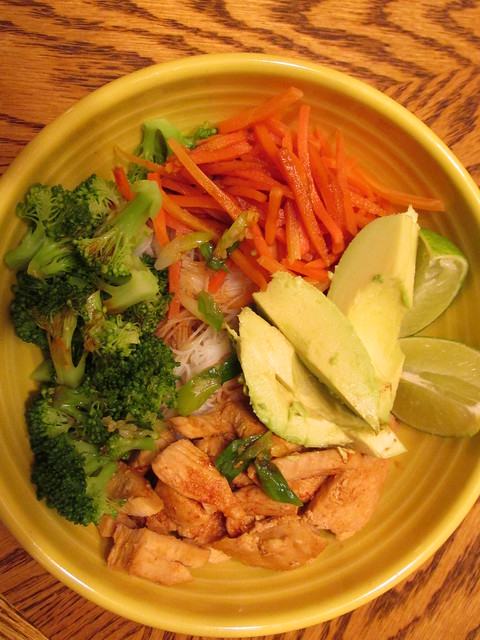 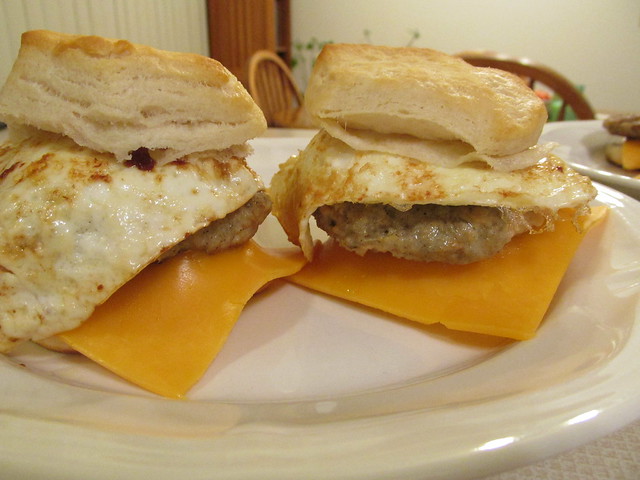 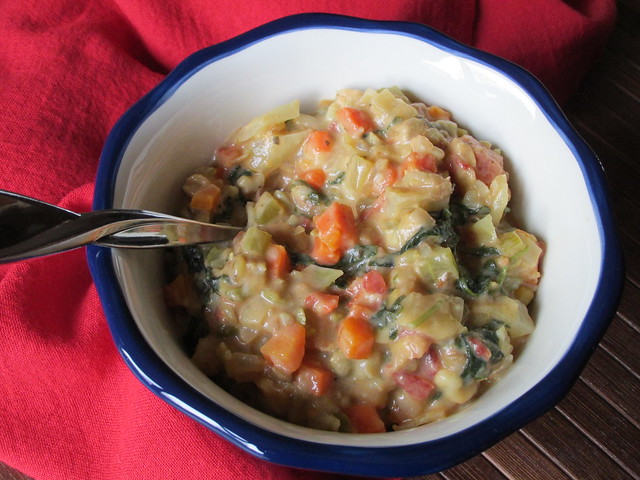 Wednesday: I went out with my brother for our monthly dinner together 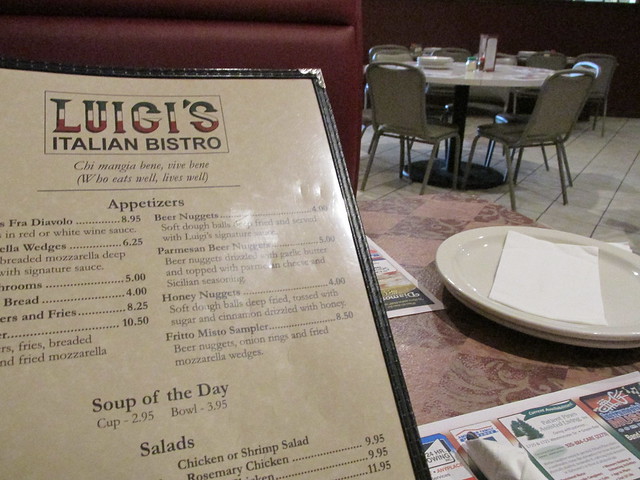 Thursday: one pot ham and parmesan pasta casserole with broccoli and spinach 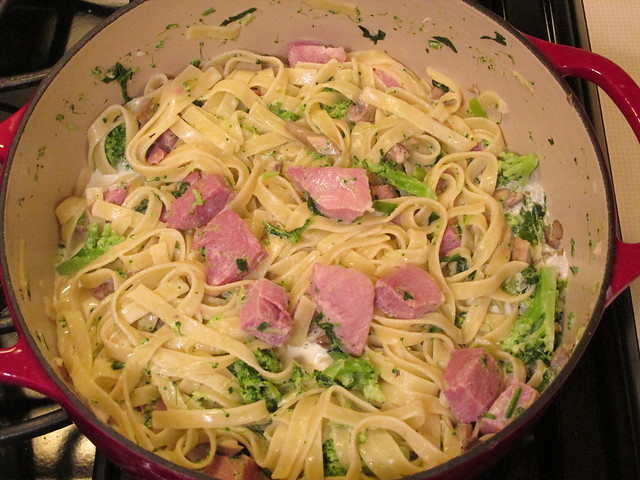 Friday: My son offered to prepare dinner tonight since it would just be us and I had had a long, hard day of emotional family stuff. He made an egg skillet with peppers, onions, and andouille sausage and served it with jalepeno cheese bread. YUM!!! 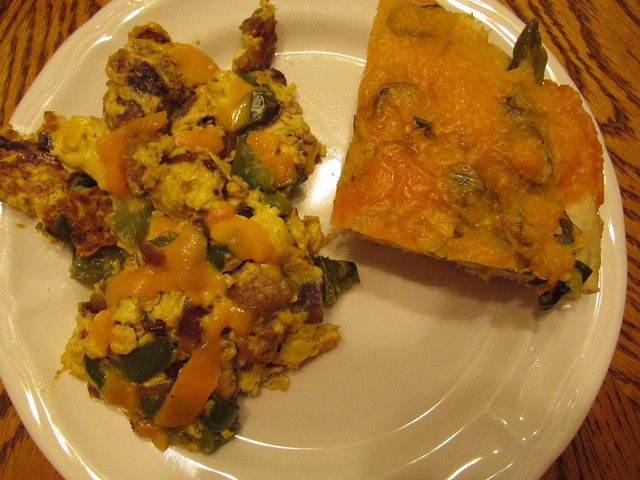 Not terrible right? Could have been better but really could have been worse also. From freezing cold mornings once again which made my morning gym sessions too cold, to a death in the family which then resulted in an unexpected day off of work, to a fall on the ice…ouch, and a disaster in airports due to a major snowstorm which brought my husband home at 2 a.m. instead of the original 4 p.m.. I, for one, am so darn happy to bid this week goodbye!

As for the next week, it was a tough call. I hate throwing out food but not knowing if my husband would be traveling once again for work or not left me two menu plans. One for two people and one for four people(one serving being a lunch box serving of leftovers) which in turn made grocery shopping a free for all. So I was sort of flying by the seat of my pants not knowing exactly how much to buy or not buy. I was trying to plan for not to much veggie waste if he would be gone but also to have enough if it was cancelled and he would be staying home. What’s worse than having to grocery shop twice in one week when you don’t have enough or forgot something right? So here is what I came up with for food prep for the week.

I cooked up some cinnamon apples for my daycare child and my husband(if home) to enjoy. 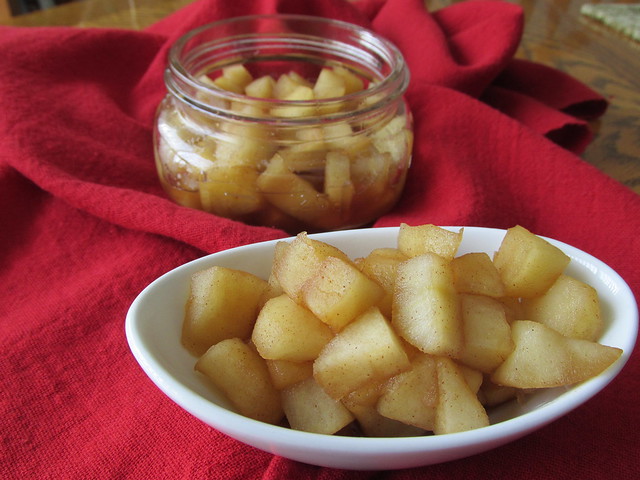 I made some carrot coconut muffins for breakfast for everyone to enjoy. I also pre cut all veggies for the week and also threw together a quick batch of mexican quinoa for myself to have for lunch all week. 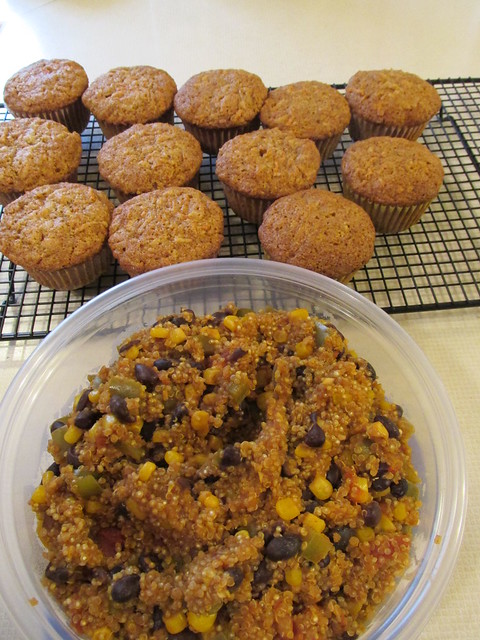