What an adventurous weekend I had in both the fun and food I was able to experience.Saturday I had plans with a friend to hit up a festival and a flee market both at two separate spots here in the area. 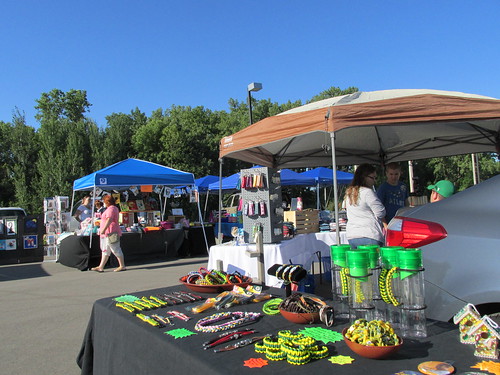 One ended up being a bit of a flop and one ended up being a big garage sale. So needless to say we were done with both adventures in an hour and half. And at least 30 minutes of this time was spent eating breakfast from a BBQ food truck since our sandwiches were too messy to walk and enjoy at the same time. 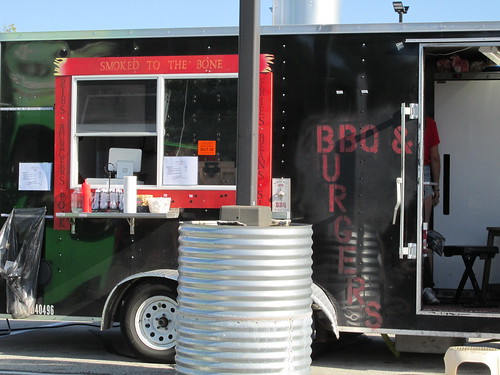 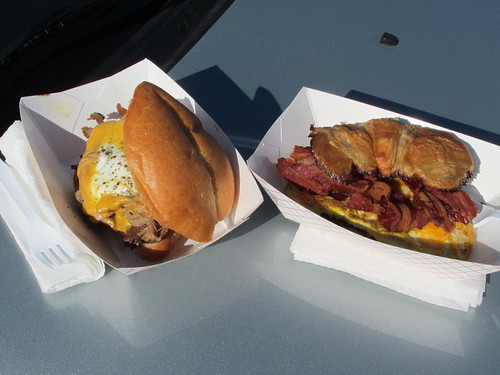 She had a bacon,egg, and cheese croissant and I had a pulled pork sandwich with a poached egg on top with cheese. Mine was good but super messy.

Then, since we both did not want to return home yet….it was only 9:45 in the morning after all…we decided to head to Appleton to hit up World Market an Penzey’s Spices. I love both these stores. 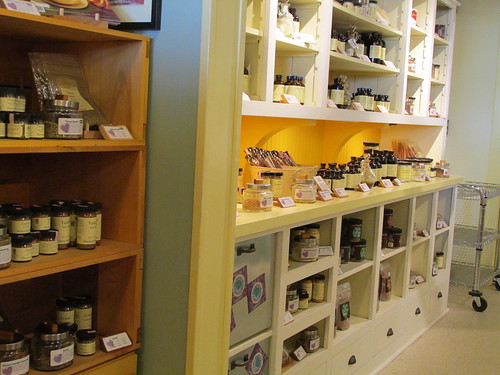 We also hit up a new boutique back in DePere and found some very unique things. I however, bought nothing. I love knick knacks and stuff to decorate my home but at the same time I hate to dust. So the more I buy the more things I need to dust. Although, it was fun looking around. 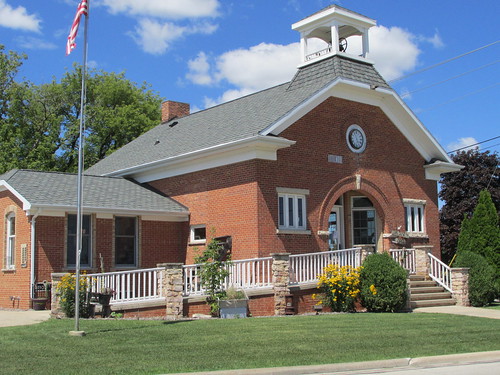 The highlight of our day ended up being lunch. I have been trying to get her here for some time but as usual, life always kept getting in the way. However, this time we made it and wow it was amazing. It’s a deli type restaurant where they serve sandwiches, soups, chips and usually a pasta/grain salad of sorts. Although, in my opinion, the sandwiches are so large that nothing extra is really needed. 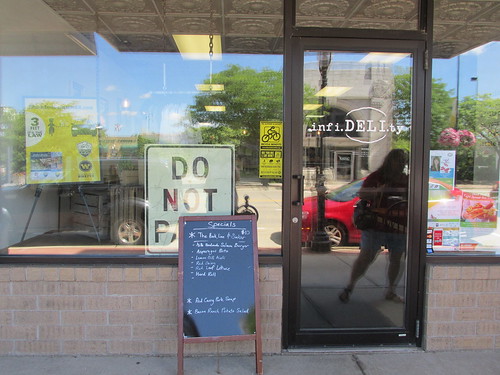 We both had the “Late Night” which is their version of a reuben sandwich. Only this one has pickled red cabbage with cranberries mixed in. It is so absolutely wonderful words can’t describe. 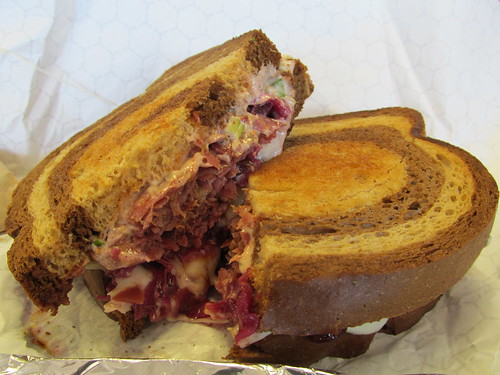 And then Sunday arrived and I should have gotten out of bed as I did Saturday before anything else got in the way and went to the gym. However, this did not happen. I was tired, bed was warm, and my husband offered to make my favorite breakfast if I stayed home and skipped the gym. That was all I needed to hear and I happily stayed home. 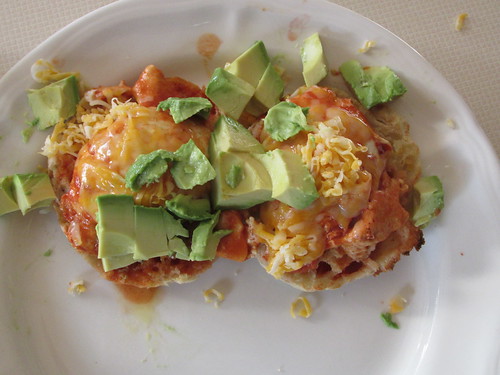 After breakfast we quickly did some chores and were on the road and headed to the river for a 4 hour float once again. The last time we did this it was so relaxing and refreshing. So we had to get it in one more time before the river turns too chilly for my liking. And without a doubt this time was just as wonderful as the last…..so relaxing!!! 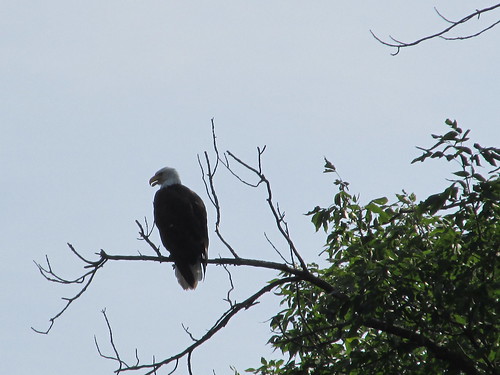 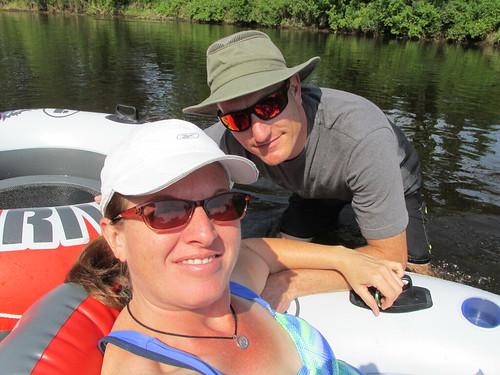