We finally made it to my favorite place to paddle…. Waupaca, WI and the Chain O Lakes. Upon waking up Saturday morning we had originally planned to head to Door County.  Although, after watching the weather forecast, I quickly changed my mind and suggested we head to Waupaca. You see, when its hot here in Green Bay then Door County is typically 20 degrees cooler and that would put their temps right about 70-75…..too cold for me to enter the water. And I had my heart set on paddling and doing some lake swimming. I suggested this quick change of plans to my husband and he said….let’s do it! So we did! 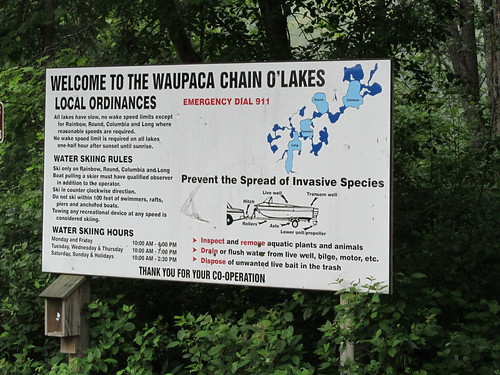 Upon arrival, we were not surprised to see some very large trees down between the chain of lakes since we saw some big trees along the highway while driving. However, everything down and in the path of the lakes is easy to get around in both kayaks, canoes, and standup paddle boards. 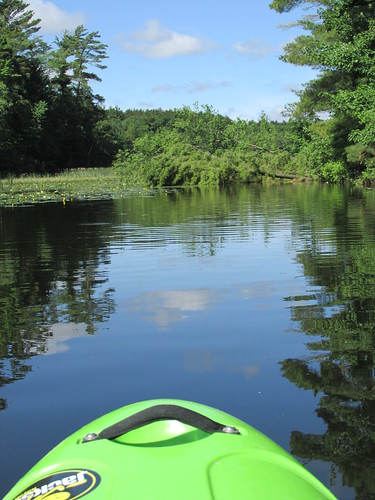 As usual, I go to paddle/swim and my husband never forgets his fishing pole. Three casts in and he caught his first northern pike of the day. It was going to be a good day;-) 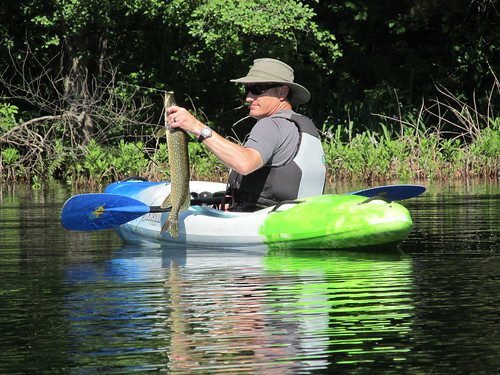 Since we arrived by 9:30 Saturday morning the parking lot was still easily doable and I made my way immediately to the public dock on Marl Lake to get in my swim I was hoping for. Marl is probably my favorite lake here…..it’s crystal clear and has the most turtles which I love. However, the public dock where we beach our kayaks to swim fills up quickly on nice days so I wanted to get this in before it was too busy. 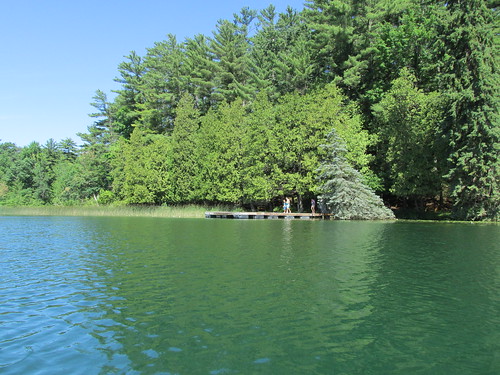 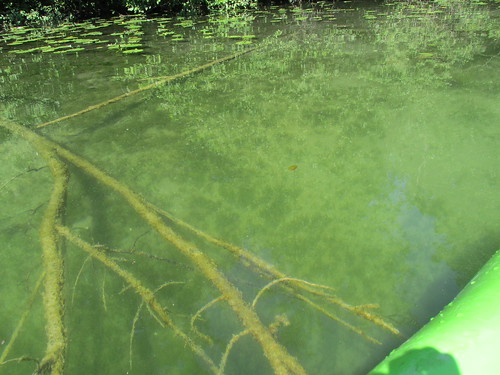 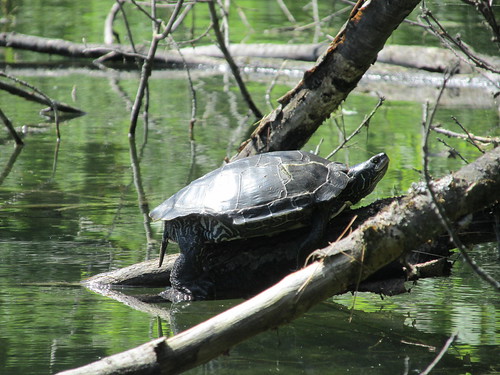 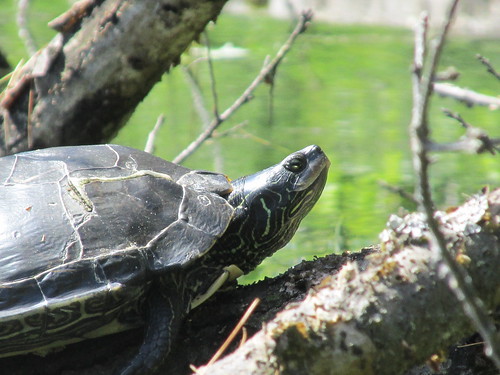 Next, it was time to make our way back through the water path to another one of the lakes. 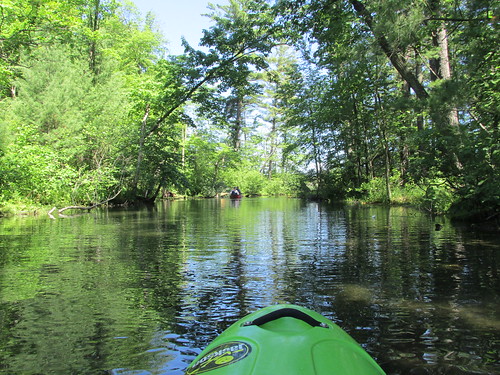 At this point we passed by where we were parked and noticed that the number of people starting to show up had nearly tripled. Wow, they just kept coming and the lot was nearly full with cars, trucks, and trailers.

Making our way through Beasley Creek was once again a pain in the butt as always. We were hoping with the amount of rain we have had in the area lately that there would be enough water to paddle the entire creek but no luck. Although, this time we planned ahead just in case and my husband grabbed a piece of kayak strapping and threw it in his kayak. This way I held his boat, stayed in mine, and he pulled me and his kayak through with little effort. 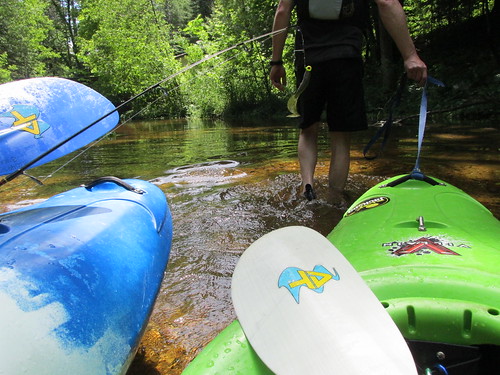 I enjoyed the ride and captured a beautiful hawk hiding out in the trees right next to the creek edge. 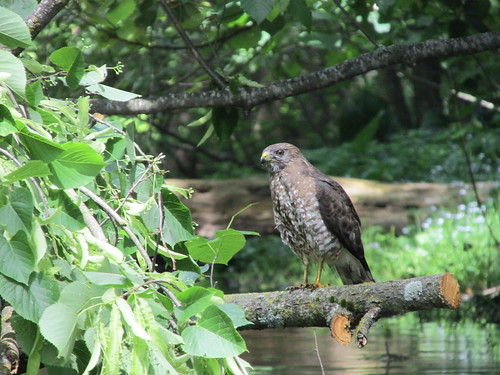 Arriving at the next lake in the chain he again caught a fish after a few casts and this time it was a nice bass. 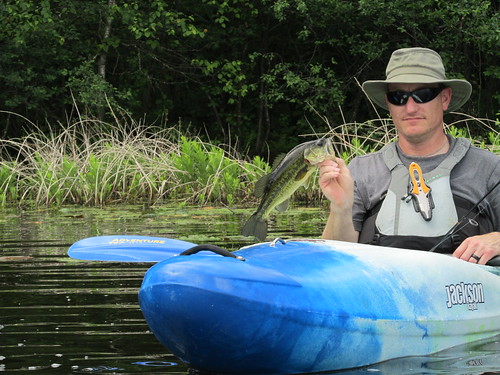 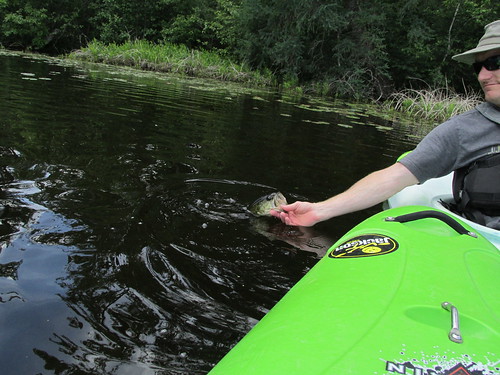 Our entire day was a success. No rain, abundant sunshine, warm water, and great fishing. And I even had my first swim of 2017 in a lake…..it was a great way to spend a Saturday.